Colors of Friendship… that never fade away


Six months... six months… these two words kept on haunting Clara’s mind as she rocked back and forth, her hands wrapped around her knees. She tried to be positive, prayed for some kind of a miracle but she knew she was losing her best friend. And she was scared. 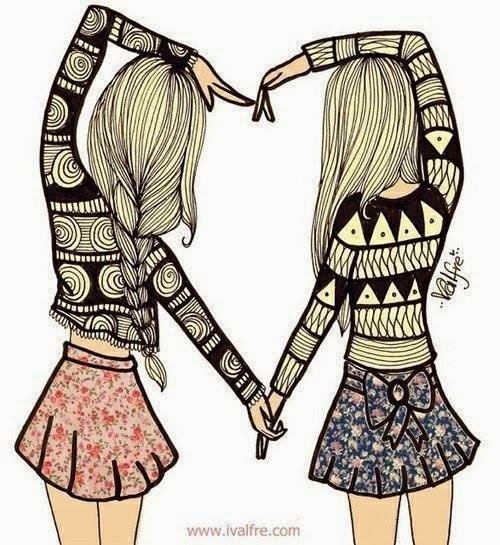 Ten years back, Clara just like any other six year old, was trying to make friends in the school she had newly joined. But without much success as she was innately shy.


That year, sometime in the month of June, when it was a particularly rainy day and Clara was feeling lost without an umbrella, her classmate Amy offered to share hers. With that little act of kindness, grew a bond so strong that nothing could break it down.
Years flew by, and the childish friendship between two six year olds blossomed into a mature and beautiful bond between two six year old adolescents. They were each others’ confidantes and were always there for each other.

But seasons change and happiness doesn’t last forever. The girls were in the tenth standard. It was the first day of the Annual Sports Week at their school. Amy had taken part in the 200 meters running race. As all the participants lined up at the starting line Amy started complaining that there was a pain in her left leg. Carol frowned. She was worried about her best friend as Amy had been complaining frequently about a pain in her leg for the past three months.
“Will you be able to run?” Carol asked. Amy nodded bravely. The race started and Amy winced in pain as she ran. Halfway through the race, she collapsed, not being able to bear the pain any more.
She was rushed to the nearest hospital. Her parents were called. Everything was a blur as she was rushed around for several tests. In a few days, the test results arrived. Amy had bone marrow cancer – last stage. The doctor said she wouldn’t be around for more than six months.
Carol had become numb with shock on receiving the news. She had hugged Amy tightly as both of them cried for a long time. Because this time it was not a math problem which both of them could solve by putting their heads together. It was not a heartbreak which they could cry over ice cream. It was not a storm which would come to pass. For Carol, this was just like that rainy day so many years back when she had felt so helpless. But this time, she was the one who had to be brave for Amy. She was the one who would have to help her till it stopped raining. The tables had turned.

The sudden ringing of the phone jerked Carol back to the present. She picked it up and said
“Hey Amy”.
“Hello Carol”, Amy replied.
For a few moments, nobody said anything. Finally Amy said,
“Carol, stop crying.”
“I am not crying”, Carol replied, sniffing.
“You know you cannot lie to me. Now stop crying and come over.”
“Okay. See you in a few minutes.”

Soon she was at the hospital, sitting beside Amy’s bed and holding her hand. Carol felt awful each time she visited the hospital. Amy had lost so much weight in those last few months that dark circles had formed around her now hollow sockets. She was losing her hair due to the chemotherapy. But her eyes still twinkled when she smiled. And she never failed to make Carol laugh through her witty remarks. She was the girl with whom Carol had spent the best moments of her life. And now she was ebbing away into the depths of time.

“You’re amazing, you know?” Carol would often tell her.
“Yeah, I do” she would say matter of factly and both of them would burst out laughing. 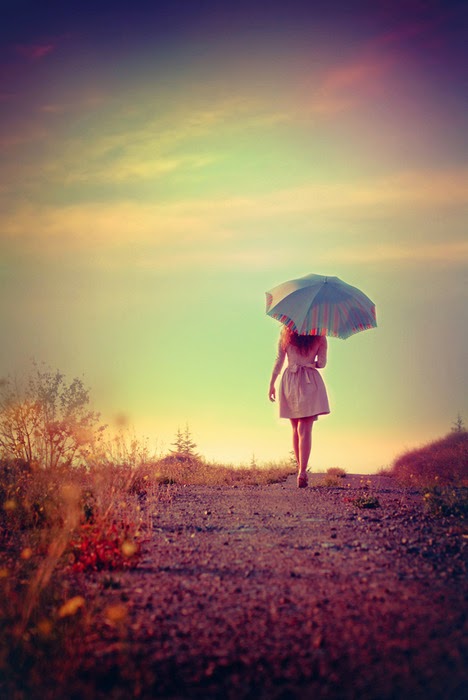 The six months were coming to a close. Carol did not want to think about it. But she knew she could not escape the inevitable. As the doctors had predicted, Amy soon passed away leaving behind sweet memories.
Three months later, on Carol’s birthday, Amy’s mother handed her a gift.
“It’s from Amy” she said. “She had planned to give it to you when she was alive.”

Carol unwrapped the gift. It was an umbrella. Not any ordinary one, but the very same umbrella that ten years back two six year olds had shared. The cloth had worn out but the stories hidden in the folds gave her renewed energy to move ahead in life. She knew Amy was watching over her.


The colors of the umbrella had faded but the memories wrapped around it were still as fresh as if it had happened the day before. And thus it remained through all the rainy days that were to come.

Submitted by:
Muktaparna Boruah
Posted by Unknown at 04:00