Submitted by:
Aravind K.A.
A6429713001
Last month, the Australian State of Queensland witnessed a historic event. Electricity prices dipped to near zero. The reason: solar power generation by individual buildings decreased the demand for electricity from coal-powered plants.
While solar generation may have become viable in Australia, India still has a long way to go as the challenges are numerous — infrastructure and lack of connectivity among others.
However, the same challenges also provide a huge opportunity for solar power in regions facing poor grid access.
Despite abundant raw material — sunshine — the country has still not been able to scale up solar power production, since focus still remains on generation from fossil-fuels. The country currently generates about 2,700 megawatts (MW) of solar power (mainly PV, and 50 MW of solar thermal. Another 100 MW of thermal is waiting for proper sunshine), a miniscule fraction of the installed capacity of 249.488 gig watts (GW).

In India, as a result of efforts made during the past two decades, a significant infrastructure has emerged for the manufacture of different solar energy systems/components including solar PV cells and modules; solar collectors; solar water heating systems; and solar parabolic dish. Some of these have also been exported to the USA, Asian countries, Europe and Latin America albeit sporadically. India's solar energy programme received a major fillip when JNNSM (Jawaharlal Nehru National Solar Mission) was launched in 2010. This was indeed a major step towards achieving the twin target of providing access to energy and energy security to sixth of the world population - major focus areas of the forthcoming Delhi Sustainable Development Summit 2014 (DSDS 2014). Against an ambitious goal of adding target of 20 GW of solar power by 2022, country had added 2079 MW of solar power by October 31, 2013. However, further scaling would require addressing a number of challenges. 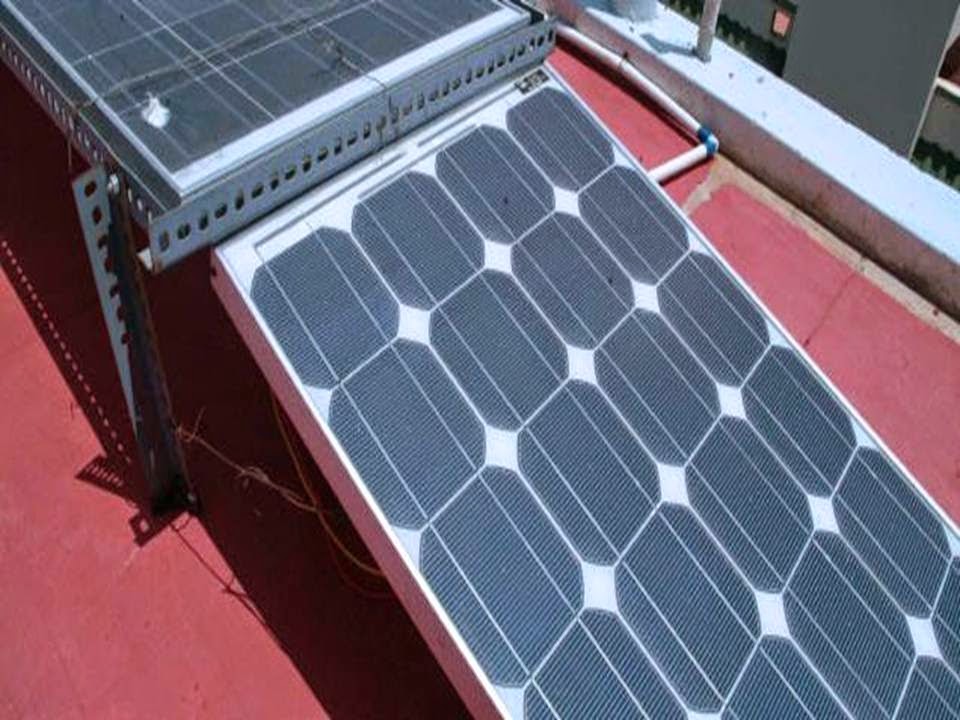 According to a 2011 report by BRIDGE TO INDIA and GTM Research, India is facing a perfect storm of factors that will drive solar photovoltaic (PV) adoption at a "furious pace over the next five years and beyond". The falling prices of PV panels, mostly from China but also from the U.S., have coincided with the growing cost of grid power in India. Government support and ample solar resources have also helped to increase solar adoption, but perhaps the biggest factor has been need. India, "as a growing economy with a surging middle class, is now facing a severe electricity deficit that often runs between 10% and 13% of daily need". India is planning to install the World's largest Solar Power Plant with 4,000 MW Capacity near Sāmbhar Lake in Rajasthan.


On 16 May 2011, India’s first 5 MW of installed capacity solar power project was registered under the Clean Development Mechanism. The project is in Sivagangai Village, Tamil Nadu.
Posted by Unknown at 00:03